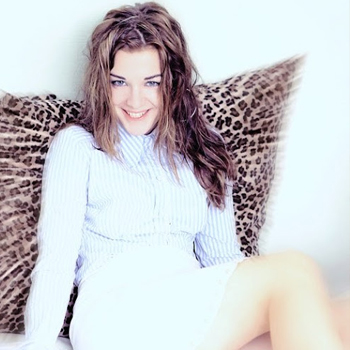 Music has been the center of Darya Babenko’s life for over 20 years. She studied in 3 music colleges and has two music degrees. Darya has 7+ years of teaching experience in all age ranges. She has a great rapport with her students and develops an individual lesson plan for each of them. This includes learning the musical alphabet, new scales, chords, classical and contemporary musical theory as well as harmony and learning pieces/tunes.

Darya Babenko, born and raised in Ukraine, had a home filled with music and years of love for the American culture and music. At an early age the Beatles, Queen, ABBA and the likes could be heard throughout her household. While a kid and teenager, Darya naturally involved herself in the arts one way or another. From ballet in her early childhood to being a member of the competitive hip-hop dance crew in her late teens, from being in her first band to writing her first songs – music, dance and art permeated her life, heart and soul.

Darya first came to the United States as a part of a reality talent show “American Chance” in 2007. At that time, she had just finished her second year at Ukrainian R. Glier College of Music, so when auditioning, she knew that there was the risk of having to drop everything and begin following her dream in Los Angeles, CA. Sure enough, as she became one of the finalists, she also got a record deal with “Ukrainian Records” – “Universal”. And so her journey of following her childhood dream to come to the United States to pursue music, began.

From 2009 to 2011 Darya studied in the Vocal Program at Musicians Institute in Los Angeles, and graduated with a degree in Vocal Performance with an emphasis on Independent Artists Program. She wrote, produced and recorded her then band’s Smart Out Edition first EP “Don’t See A Reason”. During her time at Musicians Institute, Darya wrote and collaborated with other MI musicians and graduates, developing original songs in many genres and produced projects for others. She then started a BA program at Musicians Institute, and later turned her focus to Music Composition, since writing music has always been her great passion. In 2014, Darya moved to Portland OR to continue her education and musical journey, there studying at Portland State University and graduating with a Bachelors in Music Composition.

Besides loving the medium of performance and artistry, Darya’s passion reveals itself in teaching kids and adults music, sharing her own journey as a vocal student with her own students and making their experience the most positive it can be. Darya’s credits include teaching at California Music Academy in Los Angeles, vocal and piano instruction at the School of Rock in Portland and is now one of The Music Junction’s favorite teachers!

When she’s not teaching private music lessons, Darya can be found composing, writing lesson plans, and working on her portfolio for multi media ventures!