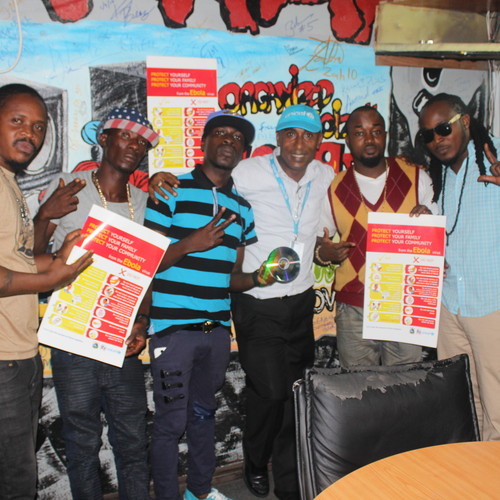 17 Jul Stopping the Spread of Ebola Through Music

Like many of you, we have been saddened by reports of the Ebola epidemic striking West Africa and other parts of the world that have caused 4,000 deaths. However, we were encouraged by an NPR report about the role music is playing in containing the deadly virus.

Liberia’s Ministry of Health and Social Welfare has commissioned musical artists to provide information on Ebola as part of its outreach plans. Given that the adult literacy rate in Libreria is 43 percent and there is a deep mistrust of the government stemming from a long civil war in the country, it makes sense to provide information through songs that can be played over the radio and not seen as government propaganda tool.

The first attempt to educate people through music failed because the lyrics scared people.

Now, the tide is turning. The most popular song on the radio “Ebola Is Real” by F.A. and Soul Fresh that provides an upbeat, danceable tune set to a hook that says “It’s real/Ebola is here/ It’s time to protect yourself.” The song then encourages people to wash their hands, stay away from monkeys as well as offer advice on how to perform traditional burial rites of Ebola victims without further spreading the disease.

We are glad that the power of music is helping to save lives. We’re also impressed that the artists were able to provide such useful information in such a likable and danceable song.  It’s not any easy easy feat.

We also look forward to the day when Ebola is not causing any more deaths. Let’s hope that is soon.